Originally composed in recorded form over five years, Robert Ashley’s Automatic Writing is the result of the composer’s fascination with involuntary speech. Ashley said, “I went towards the idea of sounds having a kind of magical function – of being able to actually conjure characters. It seemed to me that in a sort of psycho-physical sense sounds can actually make you see things, can give you images that are quite specific.” He recorded and analyzed the repeated lines of his own mantra, extracting four musical characters and creating an early form of ambient music that is incredibly evocative.

On a stage strewn with television monitors, video cameras, and dim pools of slowly shifting light, Object Collection evokes the four characters – or parts –while crafting an environment that aims to heighten the enigma and melancholic mood of the original. Performers inhabit four disparate islands, contributing to a dense sound environment. The recording, which never had a score for performance, is treated as a composition that can be interpreted instead of recreated: Genders and languages get switched up, electronics are used over analog, and objects and scenic elements are introduced to give the work a visual dynamic. The result is a mirage-like, transient and vibrant environment, conducive to listening to the music, as well as enriching it.

On a stage strewn with television monitors, video cameras, and dim pools of slowly shifting light, Object Collection invokes these four characters, crafting an environment that aims to heighten the enigma of the original.

The piece premiered at Incubator Arts Project in 2011, with subsequent performances in the UK in London and Birmingham in 2013. This revised adaptation will take place at The Brick in Brooklyn, October 26-30, 2022. 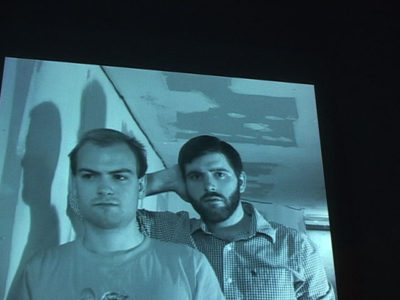