Object Collection’s NO HOTEL is an opera about hotels, films, and bad behavior. The piece channels the split-screen experience of Warhol’s “Chelsea Girls” – a pre-produced film runs side-by-side with the live performance. The script from one is performed in reverse in the other.

Accompanied by a live ensemble, NO HOTEL is an opera unlike any other: part theater, part film, part aggressive noise, part delicate chamber music. Radical, funny, and fierce, “I hope this is the future,” -Robert Ashley.

``a theatrical coup...the music erupts into spasmodic punk-metal hammering...and bursts of what might be termed shriekstimme; the music...hews uncannily to rising and falling tides of eventfulness...'No Hotel' may lay its figurative cards on the table in relatively short order - but they're all jokers.``

``a giddy, noisy homage to hotel films.... It’s violent and chaotic, but also full of playfulness.`` 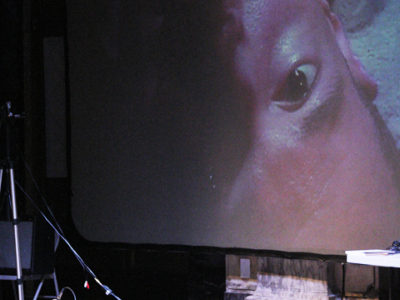 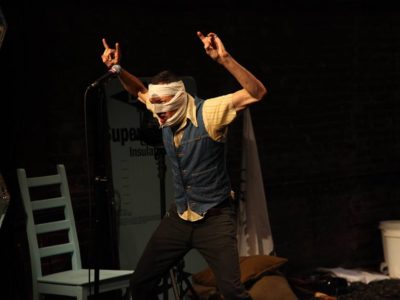