Following two filmed episodes that streamed in early 2021, Look Out Sh!^head Episode 3 will feature a cast of live actors maneuvering among unstable facades and hallucinatory projected bodies: 2D intimacy in a 3D milieu. The dizzying script derives from applying music-composition techniques to the original film scripts to create dialogue of bizarre innuendo and mysterious word formulae.

Made with the permission of the estate of Éric Rohmer, Look Out Shithead Episode 3 is simultaneously homage and extended fever-dream psychotrip.

66 East 4th Street, in Manhattan. Tickets are $26 (general), $21 (students/seniors) and are available at www.lamama.org.

Film and Video by David Pym

Episode 3 was partially filmed by the actors in their homes in Istanbul, Ljubljana, London, Milan, Toronto, Pittsburgh, and New York City.

Look Out Sh!^head Episode 3 is co-produced by Collapsable Giraffe.

read The Road to Sh!^head

or how we got from there to here

well-positioned to hit their prime in the realm of streaming productions...Object Collection have done convincingly well transforming black box theatres for their own cacophonous and claustrophobic productions, and seem well-suited to do the same within the rectangle of a computer screen.

Stoned Soap Opera That Hints At Demonic Powers...roughage for the synapses

Look Out Shithead is supported, in part, by public funds from the New York City Department of Cultural Affairs in partnership with the city council and The Mental Insight Foundation. 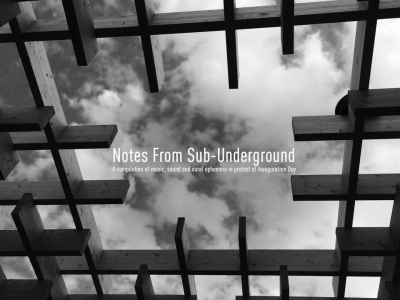